Working in the ArcSoc (University of Cambridge architectural society) Cambridge Show has always had an affinity for breathing new life into neglected and derelict sites, with its location – once again this year the Barge House in decomposition of London South Bank – being an example. During the Friday visit after the vernissage, there was a feeling of the morning after, animated by the ongoing demolition of the building opposite, a fate that most of this work has reinforced as one of the worst imaginable. .

Assessing the often bleak realities of several post-Covid landscapes across the UK, almost all of the projects on display tackled an aging shopping centre, a new town, a depleted quarry or a completely exhausted cityscape. Figures such as Patrick Keiller, who has always had a close association with the school, figured prominently, with much discussion about the mundane, mundane and dysfunctional spaces of modern life and how they could be put to better use. or reused.

It all had an ambition captured by a quote from Situationist Raoul Vaneigem (later quoted in Keiller’s Robinson in space): ‘I can always see how beautiful something could be if only I could change it.’

There was, thankfully, also some acknowledgment of the second, more pessimistic half of this quote: “In virtually all cases, there is really nothing I can do. But, at what is still one of the best architecture schools in the country, they will certainly get there. 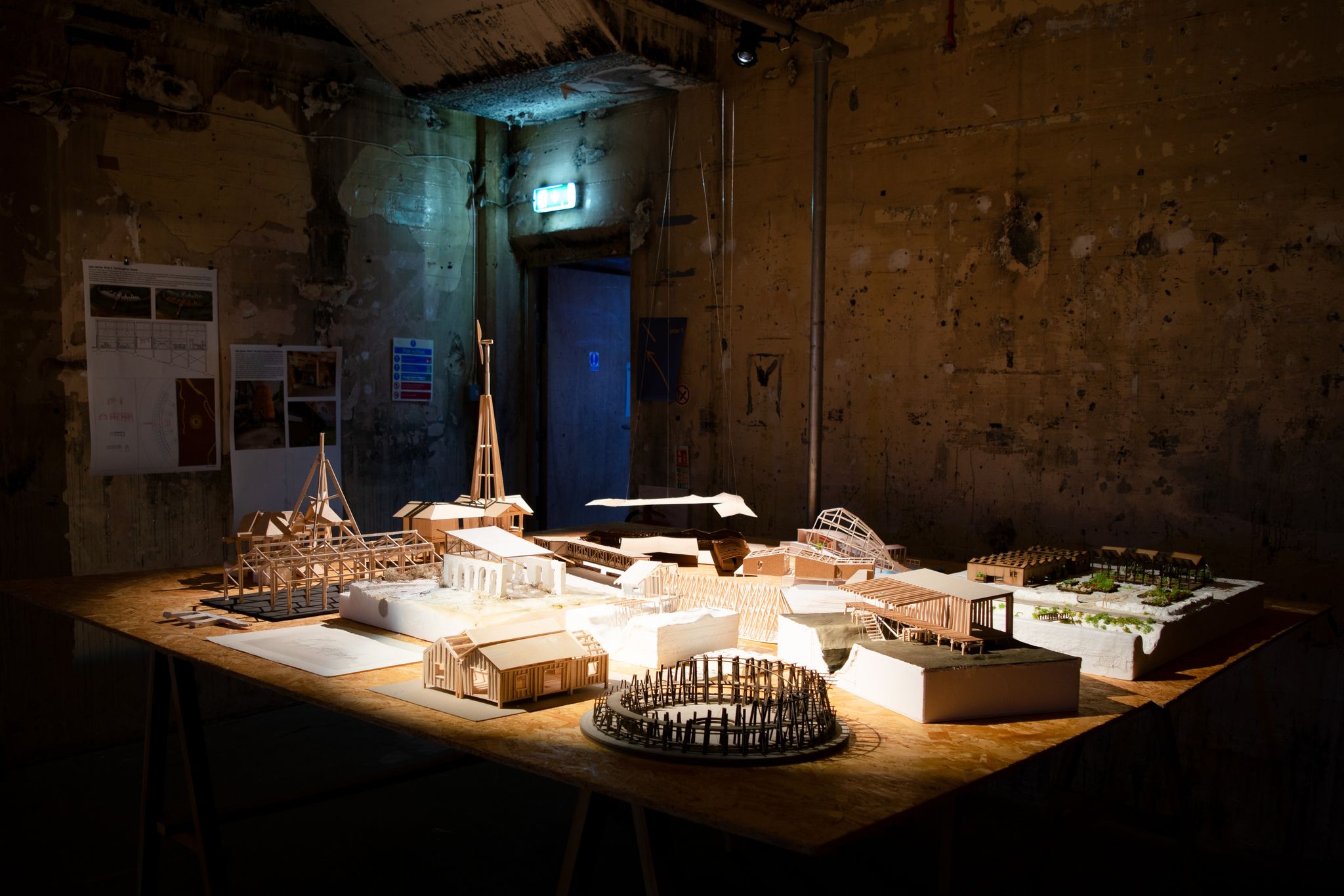 With work arranged in reverse chronological order over three floors, Year 3 Studio 1 – Build Nothing – was a fitting introduction to these themes. Focusing on how we can make what already exists “work better for us” through “adapting, optimizing and being responsive”, responses included Fern Acheson’s The Playrooms of Venice , which proposed to layer existing walls in the tourism beleaguered city with wooden balcony structures to accommodate events and theatrical residences.

In Studio 2 – Spare Parts – the urban has been replaced by the battered Isle of Portland, with projects that consider how this landscape, shaped by industry, could house new forms of habitation. Projects based on in-depth topographical analysis – with particularly notable models – have considered architecture on the scale of deep-time rather than everyday geographic design, including considerations, as in “Inhabiting Earth” from Andrew Hynes, for animal and plant life. 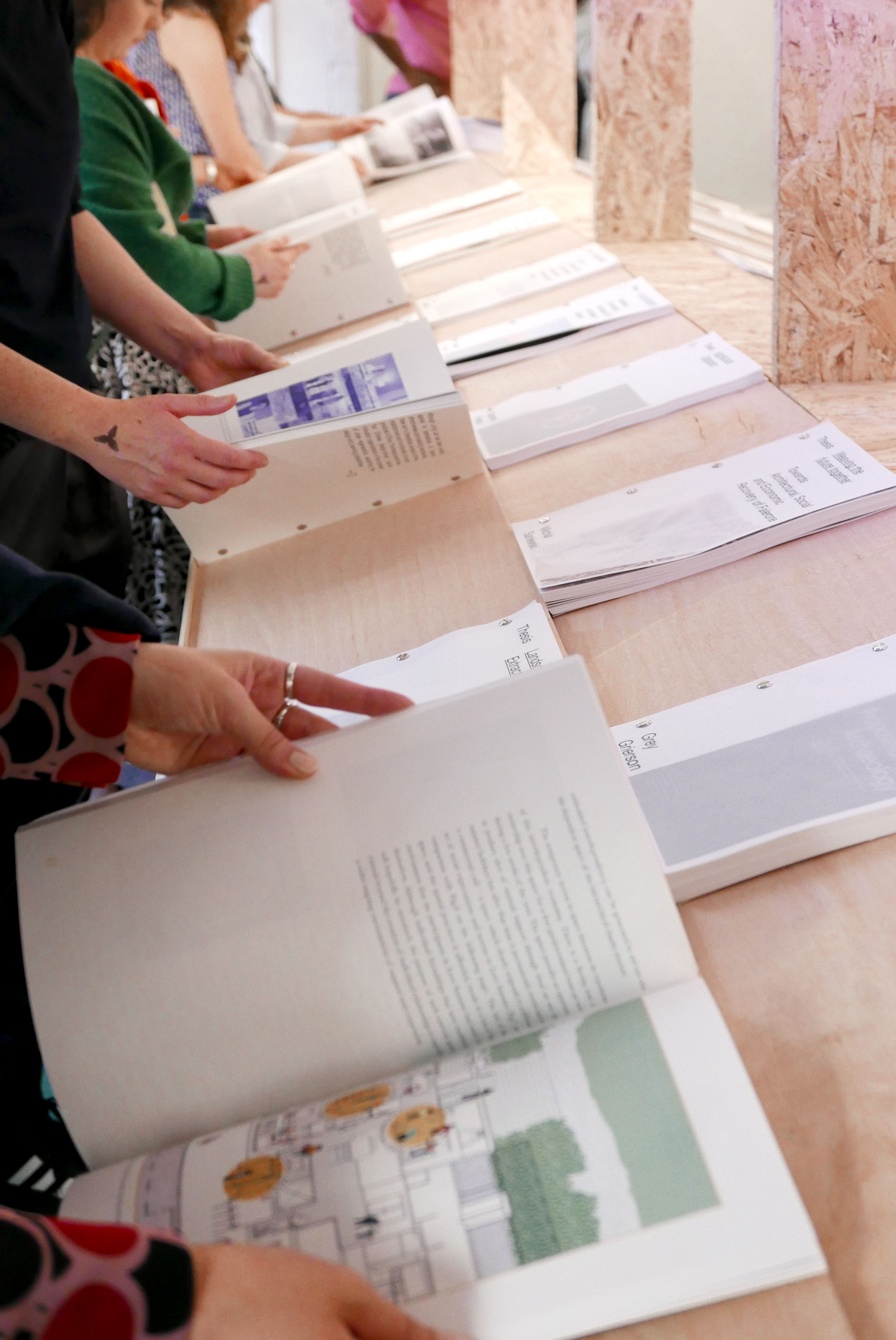 The continuity between this Year 3 work and that of Year 2 was remarkable, with less structural or material resolution but just as much exploration of large and thorny questions and sites.

Studio 4 – Modern Life is Rubbish – considered alternatives to the impending redevelopment of The Grafton, a 1980s shopping center in Cambridge. Cody Knight’s proposal was one of architecturally facilitated political resistance, using the fact that protest was not criminalized in vacant buildings to create a “platform of resistance”, while the project of Shailaja Maheetharan presented the transformation of the center into a “homelessness intervention centre”. 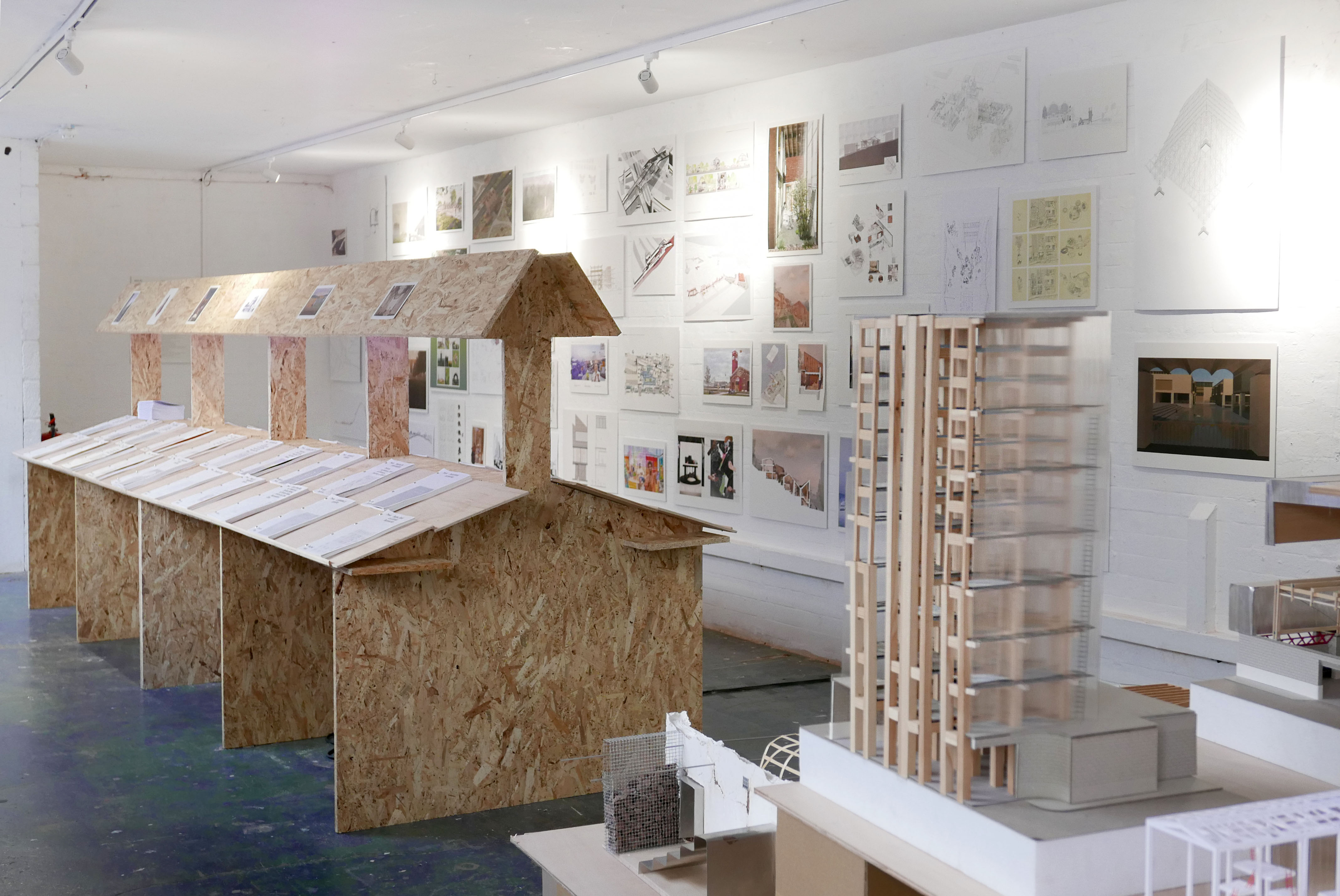 Another shopping centre, this time the former John Lewis store in Sheffield, closed due to the Covid pandemic, was the focus of Year 2, Studio 2’s From Now On theme. With three phases of occupancy, of layering and transformation, the students first worked on the scale of a single public event activating the vacant building before envisioning its wholesale transformation.

Studio 1 traveled to Bermondsey to ‘revel in the small daily human-scale exchanges that unite the communities of the Southwark district’, using these observations to develop their own memoirs.

In the Year 1 section on the top floor, things are a bit trickier to grasp, with a series of pavilions completed in the last quarter showcasing the work of the previous two, which involved architectural space considerations in the film and environmental design and agricultural centers somewhat lost in a cluster of small wooden structures. 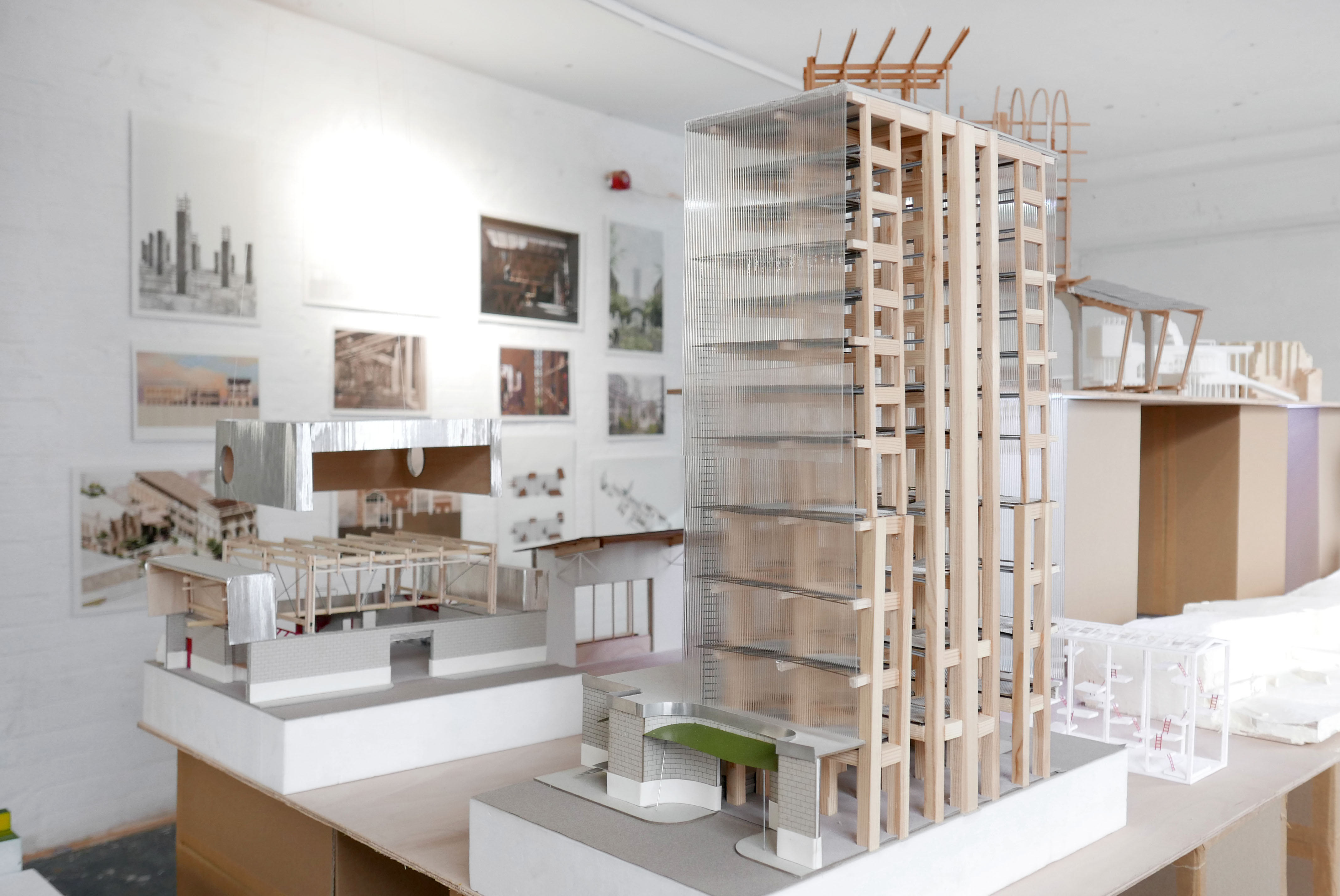 The past two years may have seen the focus shift to the local and small-scale, but the aspirations here for what architecture can do are no less world-changing. It would be too easy to be cynical and call this “solutionism,” but it raises some of the usual issues nonetheless. In the precious little space offered by a graduation exhibition, the extremely complex political and social contexts faced by many of these projects were often absent, in favor of a self-conceived “thing” (except a room dedicated to the Master in Architecture and thesis projects in Urban Design as well as a few walls of thesis summaries).

Although often rendered beautifully and realistically, it is perhaps worth considering that if the role of the architect is to be reassessed in the many ways offered here, how might we also change the way we communicate and document the results to be a little rougher around the edges, open to the messiness of discussion and process?